Why women are disproportionately impacted by climate change

Climate change is a global issue that is increasingly affecting everyone. However, these effects are not experienced equally across different groups in society. One immediate and clear disparity can be seen between genders, with climate change and its associated impacts affecting women more adversely.

Research by the Mo Ibrahim Foundation found that in Africa, women are particularly vulnerable to the impact of climate change due to higher dependency on climate sensitive sectors, higher levels of poverty, and less access to information. In fact, five out of the ten most climate vulnerable countries are also among the ten countries with the lowest gender equality on the continent.

Furthermore, Carbon Brief found that women are more likely to be affected by four out of five major areas that are impacted by climate change in Africa. 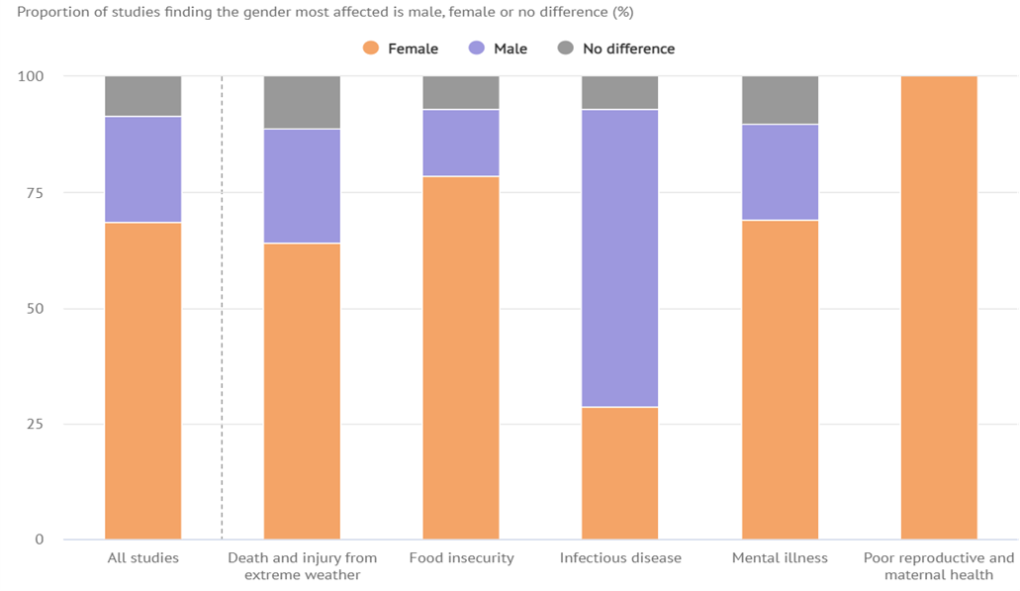 In March 2022, African countries agreed on a common position to integrate gender equality in climate action agenda, recognising that the climate crisis is not a “gender neutral” global crisis. Also, in order for climate action to be effective, it needs to be inclusive of women especially as women can play a critical role in climate adaptation.

All the partner’s contents /
Abou Bamba discusses the impact of deforestation and tackling climate change issues in Côte d’Ivoire Strive Masiyiwa on how entrepreneurs can meet the climate emergency challenge and how investors should support them Energy access to rural communities – a key climate solution Why African cities need a greater say in the fight against the climate emergency The green hydrogen opportunity that could feed Africa Addressing the climate emergency in Africa: balancing global and domestic resources Drought key climate risk for 1/3 of businesses operating in Africa, says BII survey For Africa to win at carbon trading, it needs to map its natural capital Professor Anthony Nyong on the need to accelerate action for climate adaptation solutions James Mwangi: Africa must lead the green revolution Introducing The African Climate Conversation “There is no development of Africa without power” – Mo Ibrahim Africa needs to stick to renewables despite the temptation of gas  Why greening Africa’s financial sector is a developmental imperative  We must bolster the rights of those displaced by the climate emergency
Dedicated space